What to look out for with cameras and geotagging 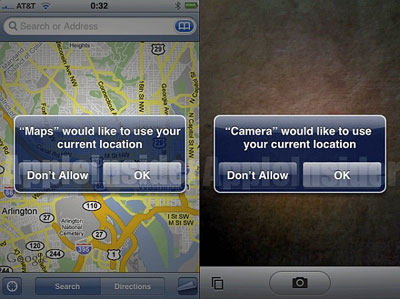 What to look out for with cameras and geotagging

In August of 2010, Adam Savage, of “MythBusters,” took a photo of his vehicle

using his smartphone. He then posted the photo to his Twitter account including the phrase “off to work.”

Read the full story here: http://nyti.ms/917hRh. The following was published in Wired Magazine in 2009

“I ran a little experiment. On a sunny Saturday, I spotted a woman in Golden Gate Park taking a photo with a 3G iPhone. Because iPhones embed geo data into photos that users upload to Flickr or Picasa, iPhone shots can be automatically placed on a map. At home I searched the Flickrmap, and score—a shot from today. I clicked through to the user’s photo stream and determined it was the woman I had seen earlier. After adjusting the settings so that only her shots appeared on the map, I saw a cluster of images in one location. Clicking on them revealed photos of an apartment interior—a bedroom, a kitchen, a filthy living room. Now I know where she lives.

Geotagging is the process of adding geographical identification to photographs, video, websites and SMS messages. It is the equivalent of adding a 10-digit grid coordinate to everything you post on the internet.

Geotags are automatically embedded in pictures taken with smartphones. Many people are unaware of the fact that the photos they take with their smartphones and load to the Internet have been geotagged.

Photos posted to photo sharing sites like Flickr and Picasa can also be tagged with location, but it is not an automatic function.

Photos have used geotagging for quite some time. Certain formats like the JPEG format allow for geographical information to be embedded within the image and then read by picture viewers. This shows the exact location where a picture was taken.

•Most modern digital cameras do not automatically add geolocation metadata to pictures, but that is not always true. Camera owners should study their camera’s manual and understand how to turn off GPS functions.

•On photo sharing sites, people can tag a location on their photos, even if their camera does not have a GPS function. A simple search for “Afghanistan” on Flickr reveals thousands of location tagged photographs that have been uploaded.

Tagging photos with an exact location on the Internet allows random people to track an individual’s location and correlate it with other information.

Soldiers deploy to areas all over the world. Some locations are public, others are classified. Soldiers should not tag their uploaded photos with a location. Publishing photos of classified locations can be detrimental to mission success, and such actions are in violation of the Uniform Code of Military Justice.

More information about geotagging and online safety can be found here and here.