Watermark Investigations Group has taken a positive posture in looking for and assisting in the eliminating Human Trafficking and slavery in Santa Barbara, Ventura and Los Angeles Counties. It is here among us locally. Read this and see what you can do to help. 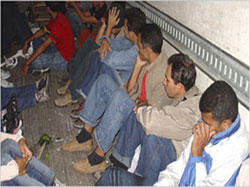 It couldn’t possibly happen here in the USA and certainly not in the 21st century. Yet investigators have uncovered the shocking truth – slavery is thriving – in North America and around the globe.

One recent case involved hundreds of farm workers from poor communities in Thailand where they were making around $1,000 annually. They were offered jobs on American farm for higher pay by a company known as Global Horizons Manpower Inc. They were promised good salaries, proper housing, and a three year contract if they paid a recruitment fee on $9,500 and $21,000 (which could also be worked off via their contacts). Once they arrived in places such as Hawaii, however, they worked for little or no pay, and were not free to come and go. Threats and intimidation kept them in line. They were crammed into a large shipping container as their living quarters, with no indoor plumbing or air conditioning. Guards ensured no one escaped. Passports were confiscated. Eventually, law enforcement stumbled upon this forced agricultural labor racket and indicted eight people.

An isolated occurrence? Far from it. During fiscal year 2010 alone, the FBI opened 126 human trafficking investigations and made 115 arrests. This resulted in the dismantling of twelve human trafficking organizations. Prosecutions led to $2.7 million in fines and restitution for the victims. 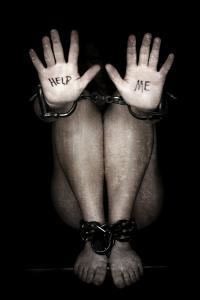 Human trafficking? Yes, we are talking about a modern form of slavery, a practice that supposedly ended with Abraham Lincoln and the Civil War, according to what we all learned in school. The victims include the sex trade, as well as home or farm workers. Force, fraud, or coercion are the tools utilized to compel these individuals into servitude. And its big business – billions of dollars a year have made it one of the fastest growing and most profitable criminal industries in the world. “100,000 children and women are involved in human trafficking in the U.S. today,” said Logan Clarke, Director of Clarke International Investigations of Los Angeles. “According to the UN, 38 million people are enslaved today worldwide. That’s more than when it was legal in the 19th century.”

“When slavery was abolished the problem did not go away; it simply went underground and assumed a different face,” explains Dr. Mary Shuttleworth, Founder and President of Youth for Human Rights International.

One of the biggest barriers standing in the way of eradicating human trafficking is that people either don’t believe it or don’t want to hear about it.

Sadly, minors are frequently a target. Most runaways and missing kids are approached within the first 48 hours to sell drugs or their bodies. “Human trafficking is the second fastest growing criminal enterprise in the world” said Clarke, “and will eventually surpass drugs. After all, you can sell a woman’s body hundreds of times.”

What to look for:

The traffickers go through brutal lengths too “break” the girls they obtain. These girls are shown pictures of their loved ones through the cross hairs of a rifle. They are threatened with their lives. If they should escape, sometimes the murder threats are carried out. The news of this circulates to other girls to convince them of the dire consequences of departure.

Web site to go to learn more about this are: